Since my first post on visit Malaysia, I can see my stats ‘spiked-up’! Thanks to all visitors and readers.

Let’s go to the next exciting place to visit in Malaysia, KEDAH.  I’ll divide my post about Kedah into 3 or 4 parts, since Kedah consist of mainland (which have so many places of interest to visit) and also, it’s world renowned beautiful island, Langkawi.

You can find more details facts and figure about Kedah, just Google it =). why? Becoz I think I have a lot to tell you on the interesting places that you can visit in Kedah!

Known as ‘rice bowl of Malaysia’, Kedah-Perlis paddy fields supplied more than half of total home grown rice in Malaysia. You’ll see a green, refreshing scenery of paddy fields along your journey to Kedah.

On your way back to Alor Setar from Bukit Kayu Hitam, don’t forget to relax your mind at Lye Huat Garden. Lye Huat Garden was founded by Dato Lim Lye Huat in 2002. It was originally called Lye Huat Stone Art Gallery when it was first built in 1994. Dato Lim built it for his personal enjoyment. However, through the suggestion of friends, he decided ton open it to the public. In addition to being a tourist attraction in northern Kedah, Lye Huat Garden was also a venue for several national competitions including the National Flower, Hornfish, Bonsai and Suiseki Competition launched by the then prime minister, Mahathir Mohamad, in 2002. In 2004, the International Bonsai and Suiseki Competition was held here, and officiated by the Sultan of Kedah.

Not just and art gallery (stone art), but Lye Huat Gardens also famous with its mini zoo. From birds to mammals and reptiles, you’ll be exciting to know them (or even take photo with them).

This is the tallest building in Alor Setar (in Northern region i think). The Alor Star Tower is the world’s 20th tallest telecomunication tower and also the 2nd tallest in Malaysia after Menara Kuala Lumpur. It stands at the height of 165.5 metre. From the observation deck, you’ll see the whole city of Alor Setar and neighbouring district.

A 100 years-old mosque, located in the heart of Alor Setar city, not so far from Alor Setar Tower. The site of this mosque before it was built was the cemetery of the Kedah warriors who had died while defending Kedah from Siam (1821). The architecture of the mosque was inspired by the AZIZI Mosque in Langkat town, north Sumatera. This mosque is enhanced with five prime large domes symbolizing the five Islamic principles.

It is just opposite the Masjid Zahir (Zahir Mosque). Balai Nobat belongs to the old Sultanate of Kedah. The Hall features the Nobat, the instruments of the royal orchestra. It comprises drums, gongs and a traditional flute. These instruments are played on special ceremonial occasions only. The musical skills of the Nobat are generally passed on from father to son.

Another attraction located nearby Masjid Zahir and Balai Nobat is Balai Seni. Built in 1912, the building was first used as the High Court before becoming the headquarters of several state government departments. Its architecture has strong Roman influence, which is evident also in the Temple of Fortune Rivals.

The gallery comprises five sections, and is home to antiques, historical relics and several arts collections including some fine Malaysian landscape watercolour paintings by AB Ibrahim. Other facilities include a souvenir shop where one can buy postcards and artist tools

Located just besides the Balai Nobat and opposite of Masjid Zahir.It is one of the heritage and charm of Kedah state, where its original structure was built  in 1735 by Sultan Muhammad Jiwa Zainal Abidin Muazzam Syah(1710 – 1787), the founder of Alor Setar, who was also the19th ruler of the Kedah Sultanate, as the Balai Rong Seri, or Grand Audience Hall .

The Balai Besar was destroyed and rebuilt twice during the period in the Bugis invasion in 1770, followed by Siamese invasion in 1821. It was during the reign of Sultan Abdul Hamid Halim Shah, the 26th Sultan that the grand hall was completely revamped to its present look in 1893. 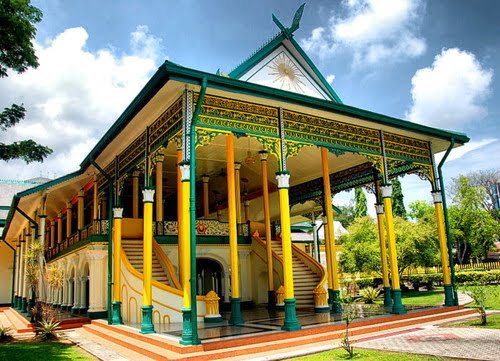 In 1896,  the Balai Besar was refurbished by Kedah State Public Works Department under supervision of  the Architect, Muhamad Bin Lebai Tambi from Penang, for the wedding ceremonies of the Sultan’s fivePrinces and Princesses,  held in 1904.

Just a few kilometres (1 km – 2km) from Masjid Zahir, there is a famous local products’ marketplace, named as Pekan Rabu.Pekan Rabu is now open not just on Wednesday, but every day. Its well known among the local population and tourists from outside Kedah. From is humble beginning weekly market operating from an attap roofed shack, it has since expanded into a multistory arcade selling a wide range of from traditional delicacies like dodol durian to mengkuang mats and apparel.

Various types of commercial activities are conducted in Pekan Rabu, ranging from local products to international commence. Opening hours are from 8.00 am to 9.00 pm daily and stalls remain open even on public holidays and festivals.

One of the famous places to get the Malay traditional foods in Kedah such as serunding, dodol and kuah rojak or garam belacan. The business complex is not only the pride of Malay entreprenuers in Kedah but also the pride of all Malay’s in Kedah.

As a state museum, it houses a large collection of Kedah’s historical, culture, and royal heritages. The collection includes early Chinese porcelain, artefacts from the archaeological excavations in Lembah Bujang (Bujang Valley) and a fabulous pokok bunga emas or ‘gold tree’ produced as a tribute to the Thais.

The museum is also a research centre on Kedah’s civilisation. Before the present premise was built in 1936, the museum – officially opened by the then Kedah Mentri Besar Tan Sri Tunku Ismail Tunku Yahya (Tunku indera Setia), on February 3, 1957 – was located in the Balai Besar (Grand Hall).

One of my idol is Tun Dr. Mahathir Mohamad. He is a renowned leader in Malaysia and worldwide, also known as ‘Father of Malaysia’s Modernisation’.

Rumah Kelahiran Mahathir which provides an insight into the younger days of the fourth Prime Minister of Malaysia, from his school days to his success as a doctor.

He was born in Alor Star on Dec 20, 1925 at No 18 Lorong Kilang Ais, off Jalan Pegawai. His home has seen been designated a historical building and was restored by the National Archives in 1992. 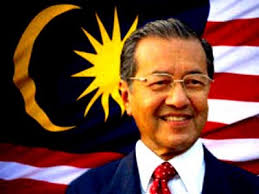 Born and raised in Alor Setar, Kedah, Mahathir excelled at school and became a medical doctor. He became active in the United Malays National Organisation (UMNO), Malaysia’s largest political party, before entering parliament in 1964. He served one term before losing his seat, before falling out with the then Prime Minister, Tunku Abdul Rahman and being expelled from UMNO. When Abdul Rahman resigned, Mahathir re-entered UMNO and parliament, and was promoted to the Cabinet. By 1976, he had risen to Deputy Prime Minister, and in 1981 was sworn in as Prime Minister after the resignation of his predecessor, Hussein Onn.
During Mahathir’s tenure as Prime Minister, Malaysia experienced rapid modernisation and economic growth, and his government initiated a series of bold infrastructure projects. He was a dominant political figure, winning five consecutive general elections and seeing off all of his rivals for the leadership of UMNO. However, his accumulation of power came at the expense of the independence of the judiciary and the traditional powers and privileges of Malaysia’s royalty. He also deployed the controversial Internal Security Act to detain activists, non-mainstream religious figures, and political opponents including his sacked deputy, Anwar Ibrahim. Mahathir’s record of curbing civil liberties and his antagonism to western diplomatic interests and economic policy made his relationships with the likes of the US, Britain and Australia difficult. As Prime Minister, he was an advocate of third-world development and a prominent international activist for causes such as the anti-apartheid movement in South Africa and the interests of Bosnians in the 1990s Balkans conflict.
He remains an active political figure in his retirement, having become a strident critic of his handpicked successor, Abdullah Badawi, and actively supporting Abdullah’s replacement by Najib Razak.

Ok! That’s the first 10 places of interest that you can visit in Kedah. I’ll post more interesting places in Kedah in my next article!

In the mean time, you can visit : http://www.tourism.gov.my/destinations/list.php?start=10&state=kedah